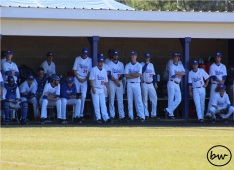 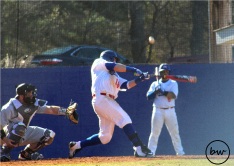 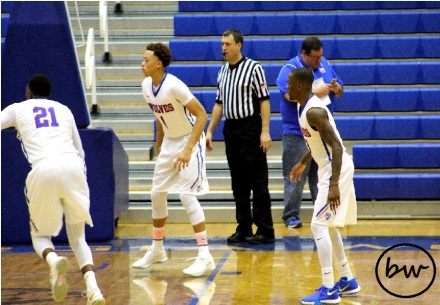 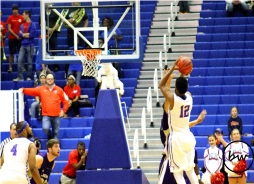 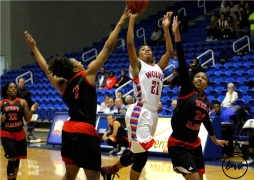 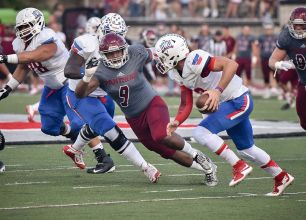 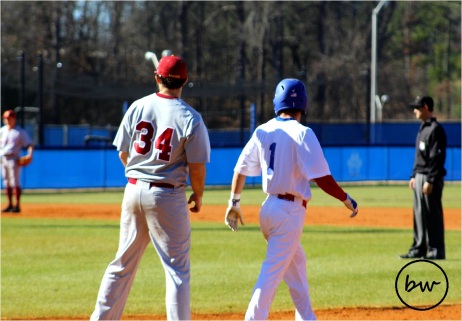 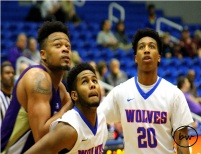 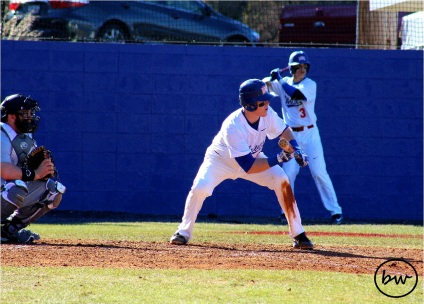 We are now in the second week of the high school football playoffs and there are 3 teams still alive in the Carrollton area. Carrollton, Mt. Zion, and Bremen all advanced to the next round while Heard County, Bowdon, and Villa Rica’s seasons came to an end.

Another team worth mentioning is Holy Ground Baptist Academy, a very small school in Roopville, Georgia. The Stallions compete in the GICAA 8-man II league. They won last Friday 50-18 vs Lafayette Christian to advance to the championship, which will be played this Friday against Colonial Hills Christian.

It has been a great year for local high school football. Six of the nine teams in the area advanced to the playoffs and three of them are still alive.

Carrollton had yet another lopsided victory last week as they defeated the #3 team from region 5AAAAA, Lithonia High School, 48-20. I was at the Lithonia Carrollton game, and Lithonia clearly had the size advantage. However, Carrollton came out and pretty much dominated the whole game.They are now 10-1 on the year and have an away game at Thomas County Central High School this Friday.

Thomas County Central is 8-3 on the year and is representing region 1AAAAA as the #1 seed. This is a very unique region as only five teams compete for four playoff spots. The reason for this is because the teams are almost as south as you can get while still being in the state of Georgia. There are not as many high schools down there as there are in the area closer to Atlanta. So, the region has only 5 teams.

Warner Robins made the post-season as the three seed and had a 3-7 record. This different layout makes it a little tough to analyze Thomas County Central.

TCC came into the playoffs with a 7-3 record and a 3-1 region record. Their losses came to Valdosta (56-39), Lee County (37-7), and Veterans (33-28). The strong showing vs Valdosta is something to take note of as they are the #1 ranked team in class AAAAAA. Valdosta only gives up 17 points a game and TCC was able to put up 39 on them. This stat paired with TCC’s 30 points per game average shows that the Carrollton defense will have their hands full on Friday night.

Last week, Thomas County Central took on Riverdale in the first round of the tournament. Riverdale had a strong showing, but it was not enough as TCC escaped with a 38-26 win. If you remember, Carrollton dismantled Riverdale 50-14 early in the year.  So, just by strictly looking at common opponents, Carrollton has the edge.

Thomas County Central has a history in the playoffs. Coach Bill Shaver has taken his Yellow Jackets to the playoffs in 8 of the 9 seasons he has been there. So, all of this pressure is something that his team will be used to. Another thing to take note of is the fact that TCC’s senior quarterback, Kelias Williams, suffered a knee injury in the last game of the regular season.

Last week, Kelias was not able to return to the field. His status for this week is still unknown, and that will definitely have an impact on the high-powered offense. According to Maxpreps, Williams is the leading passer and rusher for the Yellow Jackets. He was 51-of-102 for 1124 yards and 7 touchdowns through the air before suffering his injury. To go along with that, he added 934 yards on 136 carries and an astounding 18 touchdowns on the ground. Without Williams, 25 of the 44 offensive touchdowns are not accounted for. This kid has put up monster numbers this year and replacing him will be very tough.

If Williams cannot suit up, it looks like junior Dre’ Sullivan will start in his place. Sullivan has only attempted 14 passes on the year and completed 6 of them for 62 yards and 2 touchdowns. He has rushed 25 times for 203 yards and 4 touchdowns.

As you can see, TCC utilizes the quarterback run very heavily in their offense. Carrollton has done pretty well vs mobile quarterbacks this year (Riverdale, Kell, Newnan, Rome, and Lithonia). 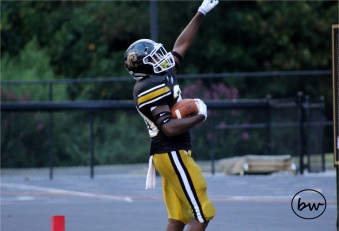 The Thomas County Central defense allows 23 points per game while Carrollton scores 38 a game. The offense should have no problems scoring on the defense of TCC, but the Carrollton defense will have a tall task if Kelias Williams is able to suit up and perform like has been all year.

If Carrollton is able to force some obvious passing situations, then I believe that they will have no problems in this game, especially if Williams cannot suit up. Sullivan’s inexperience throwing the ball will have a huge impact on Coach Bill Shaver’s game plan. Look for Carrollton to advance to the next round with a win.

Unfortunately for the Trojans, #1 ranked Buford will likely be waiting for them in the next round. This will be a very tough matchup for the Trojans.

Mt. Zion had the luxury of having a bye week last Friday due to their impressive 9-1 regular season. This season earned them the #5 ranking in the final Class A power ratings. They will face Irwin County this Friday at home.

Irwin County came into the tournament #21 out of 24 teams that made it. They finished their regular season 6-4 and defeated #12 Dooly County 42-0 last week.  Irwin County has had some very lopsided games this year where they were on the winning side and the losing side.

They lost badly in three games in a row to Fitzgerald 56-19, Macon County 57-15, and Clinch County 39-19. Later in the year, they had a 3-game win streak where they beat Lanier County 66-18, Wilcox County 53-7, and Atkinson County 70-6. As you can see, it really looks like a tale of two teams with Irwin County. Some nights they really come to play and others it looks like they just lay down and accept defeat.

Irwin County scores 39 points per game and allows 23 while Mt. Zion scores 36 and allows only 14. The last time Mt. Zion took the field they were beaten in the final game of the regular season. Fellowship Christian was able to shut down the MZ offense en route to a 28-14 victory and a perfect season. Let’s hope in this week off the players have let the loss go and remained extremely focused on their first playoff game.

If Mt. Zion establishes the run early with their three-headed monster of a backfield, then they should be able to beat Irwin County. However, If Irwin County has a mobile quarterback, then things could get dicey. That is where Fellowship Christian gained their edge over Mt. Zion.

Their quarterback was probably the leading rusher on the night as the front line was just dominated. If Mt. Zion can fix those lapses and defense and play like they have been all year, then they should move on to the next round. If that is the case, they will face the winner of #13 Miller County and #4 Emanuel County institute. ECI is the team that knocked off Mt. Zion in the quarterfinals last year 34-31 in heartbreaking fashion. So, there is definitely some bad blood between those two schools. I see both of them moving on and there being a re-match next Friday.

Bremen moved on to the second round last week as they defeated the #1 seed from Region 8AAA, Morgan County, 24-21. If you read my article last week, then you should remember that I said this game will be a lot closer than what the seeds make it out to be. I said that Morgan County played in a very weak region, which they did. Their 5 wins were against teams that were 15-35 on the year. So, I knew that their 1 seed was nothing to boast about.

I stated that this will be the closest #1 vs #4 game in all of AAA, and it was. All the other games were won by the #1 seeds and the closest one was an 18-point victory. I knew Bremen was much stronger than a #4 seed and they showed it last Friday night. They really should be 8-3 rather than 7-4. They got screwed on the Bowdon game. 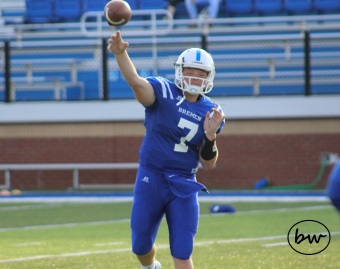 Bremen will now face the #2 team from region 2AAA, Pierce County. Pierce County finished the year with a 7-3 record and defeated Westside (Macon) 41-34 last week to improve to 8-3. Two of the three losses for Pierce were one-possession games and the third loss was by only 10 points. So, the team has not been blown out this year by any means. All 3 of the teams that defeated Pierce this year made the playoffs, and two of them are still alive.

Pierce County scores 43 points per game and gives up 27 while Bremen scores 31 and gives up 19. Pierce clearly has the ability to score the ball and it shows in their average. They have scored over 40 points in 7 of their 11 games. Bremen has accomplished this in 5 of their 11 games. The only team that his beaten Bremen convincingly is high school powerhouse Calhoun, and even that game was not that bad.

I feel that these two teams are pretty even when you match them up together. I do not know very much about Pierce County as I cannot find any stats online. However, I have covered Bremen several times and I know that they are a much better team than what there record shows.

Another stat worth mentioning is the fact that Bremen should not even be in this classification. Bremen is the 10th smallest school in terms of enrollment in AA. Yet, they compete at the AAA level in football. I am not sure why or how this even happened, but that is where they are. It is remarkable that they are in the second round of the playoffs going against teams that have roughly 1,000 more students than them. 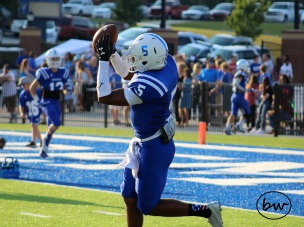 I feel that this will be a very close game when it comes down to it. I do not want to make a score prediction, but I feel that if Bremen holds Pierce to under 28 points, then they will win the game. If it gets to be a shootout, I feel Bremen may not be able to keep up.

The winner of this game will move on to face the winner of Lovett and Crisp County in the quarterfinals.

Other Scores in Round 1

Check back next week to see how these three teams did in their second round match-ups. Thank you for reading my coverage of these local teams throughout the year.

CLICK HERE TO VIEW A COMPLETE A BRACKET (MT. ZION)

One thought on “Carrollton, Mt. Zion, and Bremen Advance to Second Round of State Playoffs”