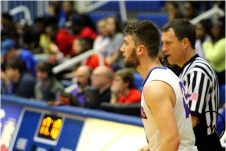 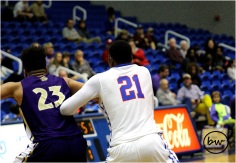 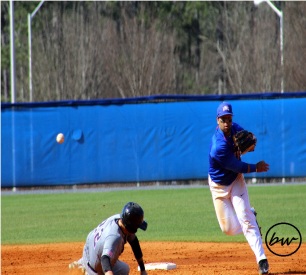 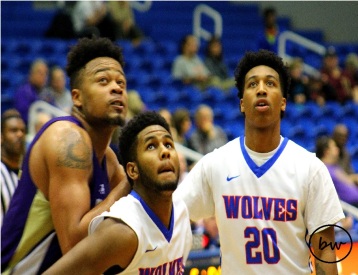 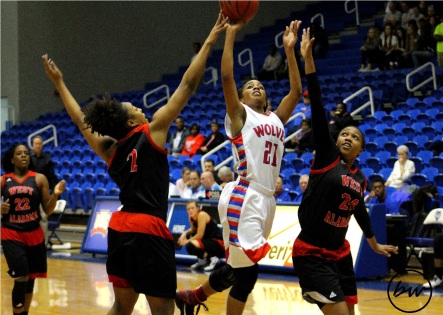 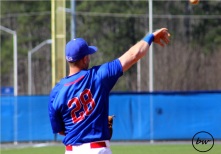 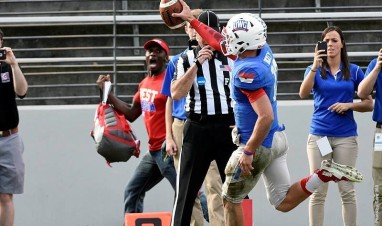 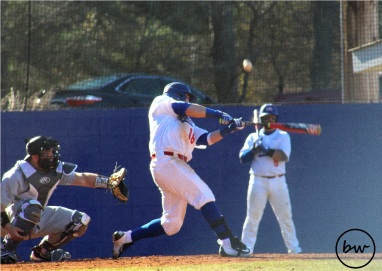 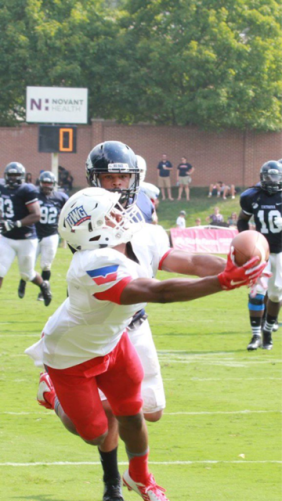 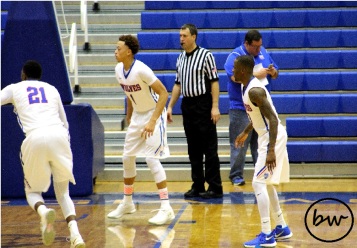 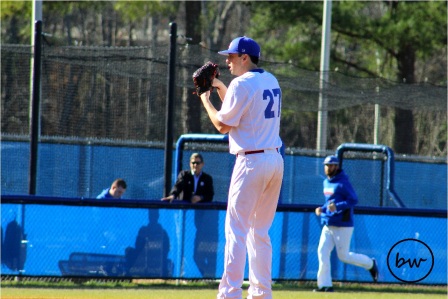 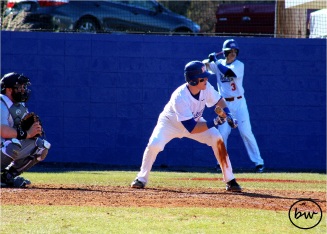 It has been a tough 3-game stretch for Coach Hall and his football program at West Georgia. Just seven games into the season, UWG’s playoff hopes are pretty much gone. The Gulf South Conference, or the SEC of division II as some call it, usually is able to get three teams into the tournament at the end of the season. Last year, only one team in the country made it to the post-season with 3 losses. Since all of West Georgia’s losses came from GSC opponents, they would need some serious help to slip in. Unfortunately, it is not going to happen. 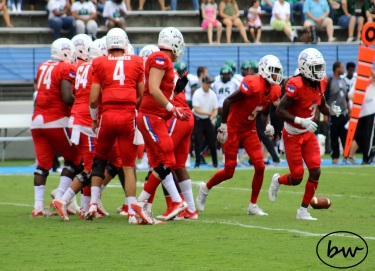 West Georgia has now dropped three straight Gulf South Conference games for the first time since the 2013 season. The first loss came in heartbreaking fashion on the missed field goal against North Alabama. Then, West Georgia traveled to Valdosta where they lost 38-27. Last Saturday, they were dominated by West Alabama at home by a score of 31-7.

Instead of writing my usual recaps of the game and boring you all to death on how your team lost, I would much rather examine why they lost and how it could have been prevented.

In the Valdosta game, West Georgia had the 27-20 lead late in the 3rd quarter. The Blazers then went on to score 18 unanswered points and seal the victory. The main reason why West Georgia lost this game is because of poor defensive play and turnovers, specifically interceptions.

Will Gardner threw 4 interceptions in this game which brought his total to 12 on the year. He had only 8 touchdowns to go along with those interceptions. Gardner has not meshed into this offensive scheme as well as a lot of people, including myself, thought he would.

I was in the box with the ESPN3 commentators assisting with stats on Saturday for the atrocious loss to West Alabama. I spoke with Rick Rhoades, better known as the “the coach”, who was doing color commentating for the game. We talked about how Coach Hall has always benefited from having a mobile quarterback.

In 2014 and 2015, he had Dallas Dickey who could scramble and throw out of the pocket just as good or even better than he could in the pocket. Then, you had Wil Garret who would come in on short situations and run a designed QB run right up the gut. This year, that luxury is not there in Will Gardner.

While at Louisville, Will Gardner had suffered 3 ACL tears in just 4 years. He wears one of those big, bulky braces on his knee this year. So, just from hearing that you should know that the mobility is not there. I really feel that this has hindered the genius offensive mind that Coach Hall possesses. He has had to form his playbook around more of a pocket passer versus a dual-threat.

Last year, Dallas Dickey ran for 100+ yards in 2 games and had 592 yards rushing on the year. Will Gardner has not even attempted a QB run outside of a sneak on a very short situation. This shows how big of a change that Coach Hall had to make in his play calling.

Going back to the Valdosta game, West Georgia gave up 546 yards on defense. Last year, they did not give up more than 400 in one single game. 546 yards is the most a UWG defense has given up since October 11th, 2014 where they gave up 586 yards also to Valdosta.

More specifically, the secondary allowed the VSU QB to throw for 381 yards which was the most since October 18th, 2014 where Tyler Sullivan of Delta State threw for 391. It was a very unusual game for West Georgia as they had one of their poorest defensive performances in years, threw four interceptions, and still were somehow in a position to win the game.

Coming into the West Alabama game, Coach Hall said that he was really going to stress not giving up big plays as well as not turning the ball over. I mean really stressed it. He said it probably 8 times in the mid-week press conference.

Unfortunately, not giving up big plays and not turning the ball over is the exact opposite of what happened for UWG on Saturday. West Georgia turned it over 6 times in the contest and gave up multiple big plays.

Will Gardner threw another interception in the game which extends his streak of games with an INT to 7. Redshirt freshman Willie Candler replaced Gardner and he showed some promise for the future. He ended 8-of-10 for 103 yards while Gardner ended 8-of-17 for 76 yards and an interception. Gardner got the start, and he overthrew two receivers that would have gone for touchdowns in the first half. A couple of dropped passes were not helping his cause either.

This time, I feel that more of the blame can be put on the offense for the loss. The final score ended up being 31-7. The only score that West Georgia was able to manage was from a pick-6 by senior CB Marcus Sayles. UWG had the 7-3 halftime lead, but was outscored 28-0 in the second half.

I wish I could blame our offensive woes on poor redzone performance, but we did not even make it inside their 20 one time. 14 of those 28 second half points came by way of a punt return for a touchdown, and then immediately after, the kickoff was fumbled and picked up for a touchdown. This gave UWA 14 points in less than a minute.

We put up only 206 yards of offense. This is the lowest outing for Coach Hall at UWG, and since November of 2011 for the program. The 7 points is the lowest points scored since that same Valdosta game in 2014 that the Wolves lost 40-6.

Once again, West Georgia was torched through the air as the West Alabama QB threw for 338 yards and two touchdowns. This is the second straight week that they gave up 330+ yards through the air. The secondary, which is arguably UWG’s most talented group outside of the defensive line, has severely struggled in the past two games. A large part of that can be contributed to injury at this position. 3 starters in the secondary have been struggling with injury the past two weeks. 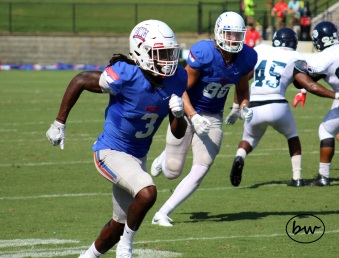 The fumble for a touchdown and the punt return for a touchdown are just two of the big plays West Georgia allowed. They also gave up an 80-yard touchdown pass. If you take away these three plays, the score is 10-7. So, Coach Hall hit the nail on the head with preventing the turnovers and big plays, but his team could not execute.

After the game, he had this to say…

“We are not a great football team right now, but that’s my fault. When you lose the turnover and special teams battle, it is hard to win against a well-prepared team like West Alabama was today.”

In all this negative news, there is some positive that needs to be shared. Dylan Donahue has been on a rampage this year on the defensive line. He became UWG’s all-time sack leader on Saturday by recording his 23rd sack in just two years at the school. Last year, he had 12 in 12 games and this year he has 11 in only 7 games. He will likely only play in four more games for the Wolves, so he will be able to add to that record. He is the son of a former NFL defensive lineman, and there have been multiple NFL scouts at some home games this year.

Last year, his performance over the course of the season had him in the finals for the Gene Upshaw Lineman of the Year Award. If he continues this year at this rate, he may be considered once again.

Now sitting at 4-3 on the year with a 1-3 conference record, the Wolves are in a huge hole. This is something they are not familiar with at all. Before the Valdosta game, the Wolves had been in National Title talks for every week for nearly the past two years. Now, there is no way that they will be found in that conversation. This is the first time they cannot be found in the AFCA top 25 since week 10 of 2014.

This is also the first time Coach Hall has lost back-to-back games at UWG and now he has lost 3 straight. West Georgia’s 18 game home win streak, which was the 3rd longest in the country, is now over.

I know Coach Hall is going to get things right with these guys and finish off this year strong. The team is too talented and Coach Hall and his staff are too good of coaches to let this year go downhill like this. Look for UWG to respond with a big win this Saturday vs Mississippi College for homecoming.

As tough as it is to read all of this as UWG fans, it has been even tougher to write about it. This is most likely my last year reporting on West Georgia, as I will graduate in the spring. It is very unfortunate to see the team lose three straight games and lose hopes of another GSC title and National Championship run in my last year, but this is the time that we will see what they are made of.

Thanks for the continued support of this site and my future endeavors in the sports media world.

One thought on “UWG Falls From National Rankings”