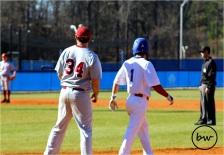 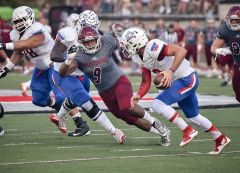 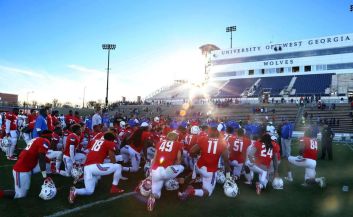 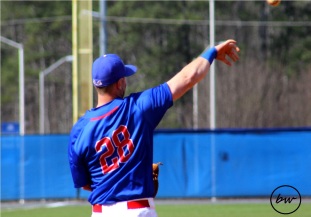 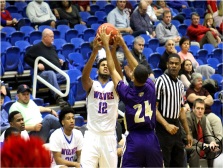 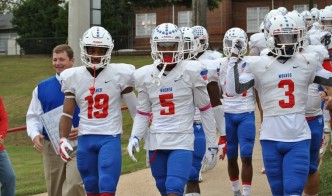 West Georgia basketball fans have a lot to smile about this season, as both teams have clinched a conference tournament bid. It was evident that then men’s team would make it early in the season, but the women’s birth in the tournament came in the final games of the season. Both teams finished out the regular season on extremely high notes, and will hopefully take that momentum into the conference tournament.

The men finished the season with a 19-8 overall record and a 16-6 conference record. This .727 conference winning percentage earned them the second seed in the tournament as well as a home game.

The streaks have continued for the UWG men, as they closed out the season on a 6-game winning streak. This streak came directly after a 3-game losing streak. The 6 games that were won were all in Gulf South Conference play, and they directly contributed to them earning the home tournament game.

Before the 6-game win streak to close out the season, the men were 3-6 on the road. During the streak, they won 4 road games, 2 against teams that also made the tournament.

The first game of the streak came on February 6th against Christian Brothers. UWG edged out CBU 84-81 in a thriller in Memphis, Tennessee.

In the final minute, UWG was up 82-80 forcing CBU to foul. These two made free throws effectively put the game out of reach giving West Georgia the win and snapping their 3-game losing streak.

Junior Steph Branch led all scorers with 20 points. He was 6-of-8 from the field giving him an excellent .75 field goal percentage. Seniors Jovany Austin and Iakeem Alston also scored double digits, with 11 and 15 points respectively.

The next game of the streak came against Shorter on the road. This was a 98-87 victory in favor of UWG. West Georgia’s offense exploded in this game, specifically from behind the three-point line, where they hit 13.

Not only that, but they pulled in an astounding 50 rebounds to Shorter’s 39. Also, five UWG players scored in double-digits, just the second time that has happened this year.

Juniors Keron Briggs and Steph Branch had 19 points, Iakeem Alston had 16 points, and junior Shannon Fowler and senior Zach Taulien had 14 points. Shannon Fowler also had 13 rebounds, giving him a double-double for the second time in his career.

The third game of the winning streak came in Cleveland, Tennessee vs Lee. This was a 71-68 victory for West Georgia. The finish was electric as junior Willie Evans hit a buzzer beating three to give UWG the victory.

Zach Taulien hit three consecutive three pointers to close out the first half, stamping his name in the UWG record books. The third one gave him 187 in his career, passing Gavin Field for most in UWG history.

The next two games were at home for West Georgia, where they had been incredibly successful all year. Up first was West Florida, who UWG beat 71-69 a couple weeks prior. This game was a 78-73 victory in favor of West Georgia, where 4 players scored in double-digits.

Jovany Austin and Steph Branch both had double-doubles as Austin had 19 points and 11 rebounds while Branch had 15 points and 12 rebounds. Iakeem Alston added 17 and Zach Taulien added 11.

The last home game of the regular season came against rival Valdosta State. The first meeting of these two ended in overtime with VSU taking it, 93-89. This time, on senior night, it was West Georgia’s turn to win it in overtime.

After regulation, the game was tied at 71. Iakeem Alston took over for UWG, hitting three consecutive layups, giving them a 79-77 lead. VSU’s game-tying attempt was an air ball, and the West Georgia free throws then put the game out of reach. The final score was 84-79.

This win led us to our last game of the 6-game winning streak and the last game of the regular season. UWG traveled to Livingston, Alabama to take on West Alabama. UWG had already beaten UWA 68-63 earlier in the year.

West Georgia won this time by a score of 68-53. Shannon Fowler again had an impressive game. He amassed 21 points and 9 rebounds, narrowly missing his third straight double-double.

Steph Branch added 14 and senior Marcus Dortch added 12 more, giving UWG its 6th straight victory in the final game of the regular season. This win leads us into the conference tournament, where UWG has the second seed.

The Wolves will host a Super-Tuesday game (1st round of Conference) for the second consecutive year. The game will be this Tuesday, March 1st at 7pm in The Coliseum vs 7th seeded Christian Brothers.

West Georgia has already taken on Christian Brothers twice this year. The 1st game was at home for UWG, and they defeated CBU 83-73. The second game was on the road and was a part of the 6-game winning streak I explained above.

Christian Brothers was not the only team UWG had a season sweep of this year. The Wolves also swept Delta State, Mississippi College, Lee, Shorter, West Florida, and West Alabama. West Georgia split their season series with Valdosta State as both games went into OT. They also split their series with Union. Alabama Huntsville and North Alabama proved to be too tough for West Georgia this year, as both teams swept UWG in the regular season.

UWG amassed a 16-6 conference record and Christian Brothers only had 10 wins with 12 losses.

Union is the 3rd seed in the tournament after their 13-9 conference record. They will take on 6th seeded Valdosta State who was also 13-9 in conference play.

4th seeded North Alabama will take on 5th seeded Delta State. UNA and DSU both had a 13-9 conference record as well.

If West Georgia defeats Christian Brothers like they have twice already, the men will take on the winner of #6 Valdosta State and #3 Union.

UWG is currently ranked third in the South Regional Rankings, but not in the top 25 of the NABC Coaches Poll.

March 9th-15th is the Division II NCAA tournament. The tournament format is a little different than the Division I format everyone is used to. The top 8 teams from each region (Atlantic, South Central, South, Central, East, Southeast, Midwest, West) make an 8 team tournament, consisting of 64 in all. Those 8 teams play until there is one left, and then those 8 winners of each region play in an “elite eight.” So, there is a champion from each regional ranking. One team will represent the Atlantic Region, one will represent the South Central Region, and so on and so forth. Then those teams play in the elite eight.

For example, West Georgia is currently ranked 3rd in the south regional rankings. If the NCAA tournament started today (NOT CONFERENCE TOURNAMENT), then UWG would take on 6th seeded Rollins. If they won that game, then they would need to win two more to be the Champions of the South Region, which would advance them to the elite eight. Then, they would start playing teams from different parts of the country.

I know all this is very hard to process, so here is a link of last year’s tournament brackets that go into a little more detail.

I encourage all of my local readers to come out to The Coliseum Tuesday at 7 PM to support our Men’s Basketball team. There is a lot riding on this game for the University of West Georgia.